You are here: home » all books » twenty turbulent years

Britain’s bus industry underwent a massive transformation in the last twenty years of the 20th century, first with the deregulation of local bus services outside London, then with the privatisation of most of the country’s public sector operators. The National Bus Company, which ran over 15,000 buses and coaches in 1980, had vanished by the end of 1988. The bus operations of the Passenger Transport Executives – involving over 10,000 vehicles – were privatised. So, too, were the bus operations of London Transport, the Scottish Bus Group and most municipally-owned fleets.

The changes were dramatic. In the face of deregulation many big operators reduced their fleets – and at the same time cut jobs. Minibuses came and went. New private sector groups appeared, some only lasting a few years. Old established liveries vanished and colourful new ones emerged, then often disappeared. Small operators had a go at running buses; not all survived. It was a chaotic time.

Twenty Turbulent Years records the major changes of this time in words and pictures. It aims to capture a rapidly changing world: the instability of the highly-competitive late 1980s and early 1990s, followed by the emergence of new, stable, groups whose operations covered much of the country. 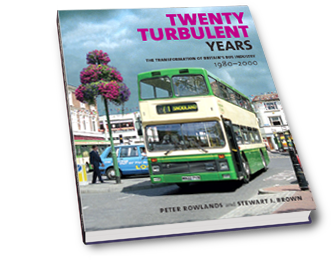 A transformation in vehicles, operators, liveries 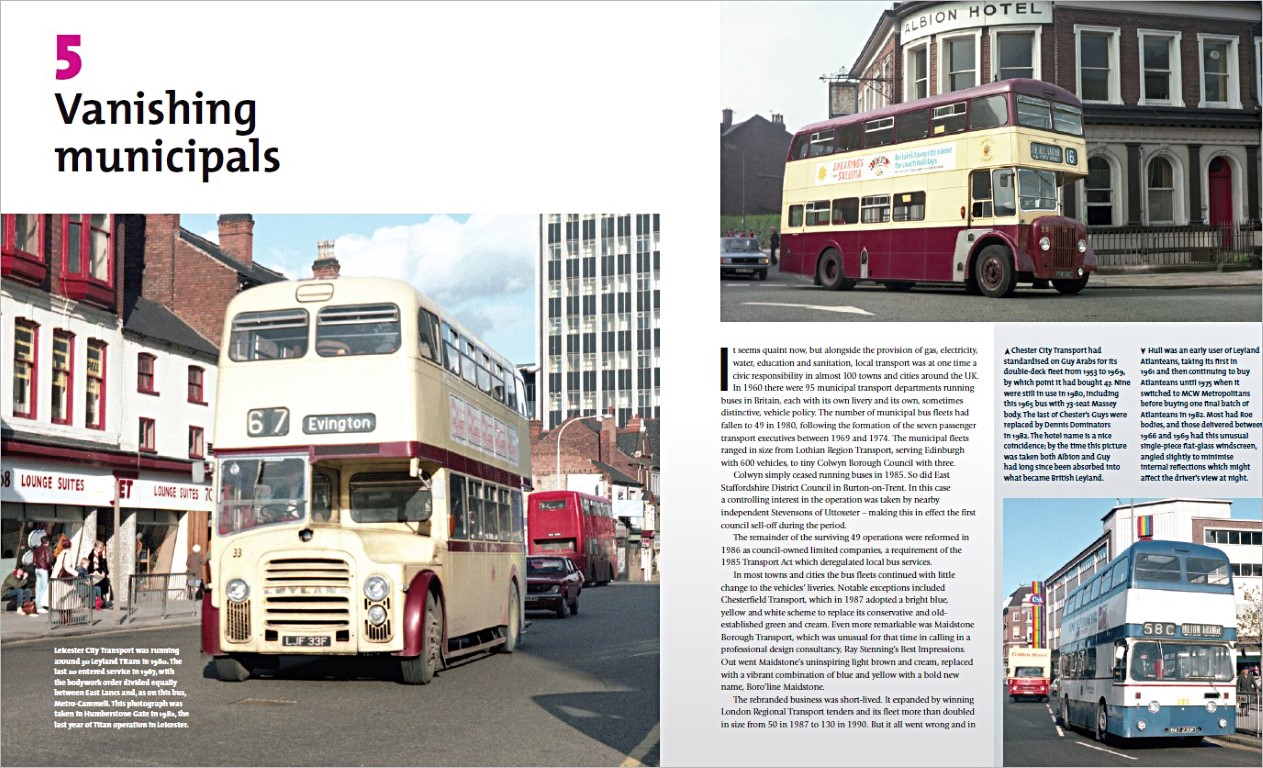 In most of Britain old-established names and liveries disappeared as public sector companies were privatised, an evolving process that saw the creation of new groups with new ideas. At its worst, deregulation saw low-cost operators with old buses attack established networks. On the other hand vehicle quality improved in many areas, and the best of the new breed of operators embraced service quality and marketing as useful tools in a competitive environment. 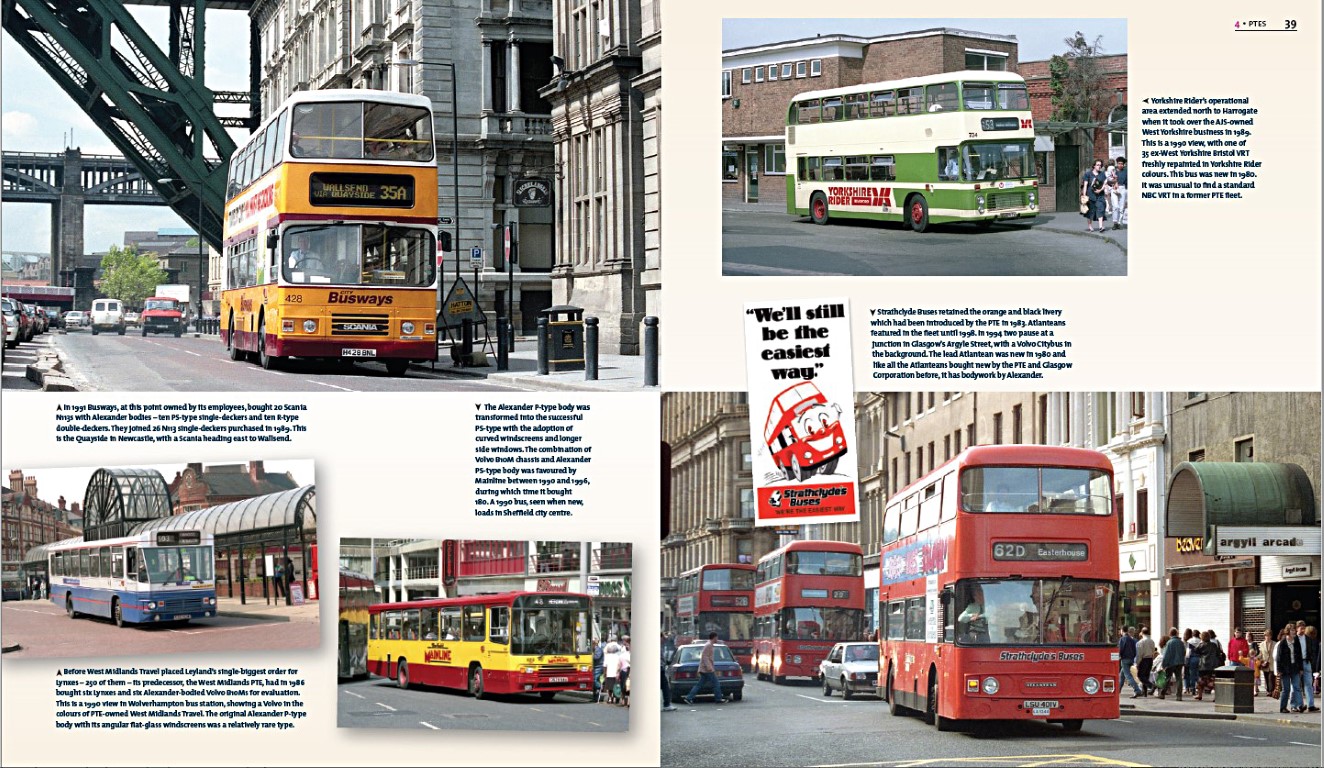 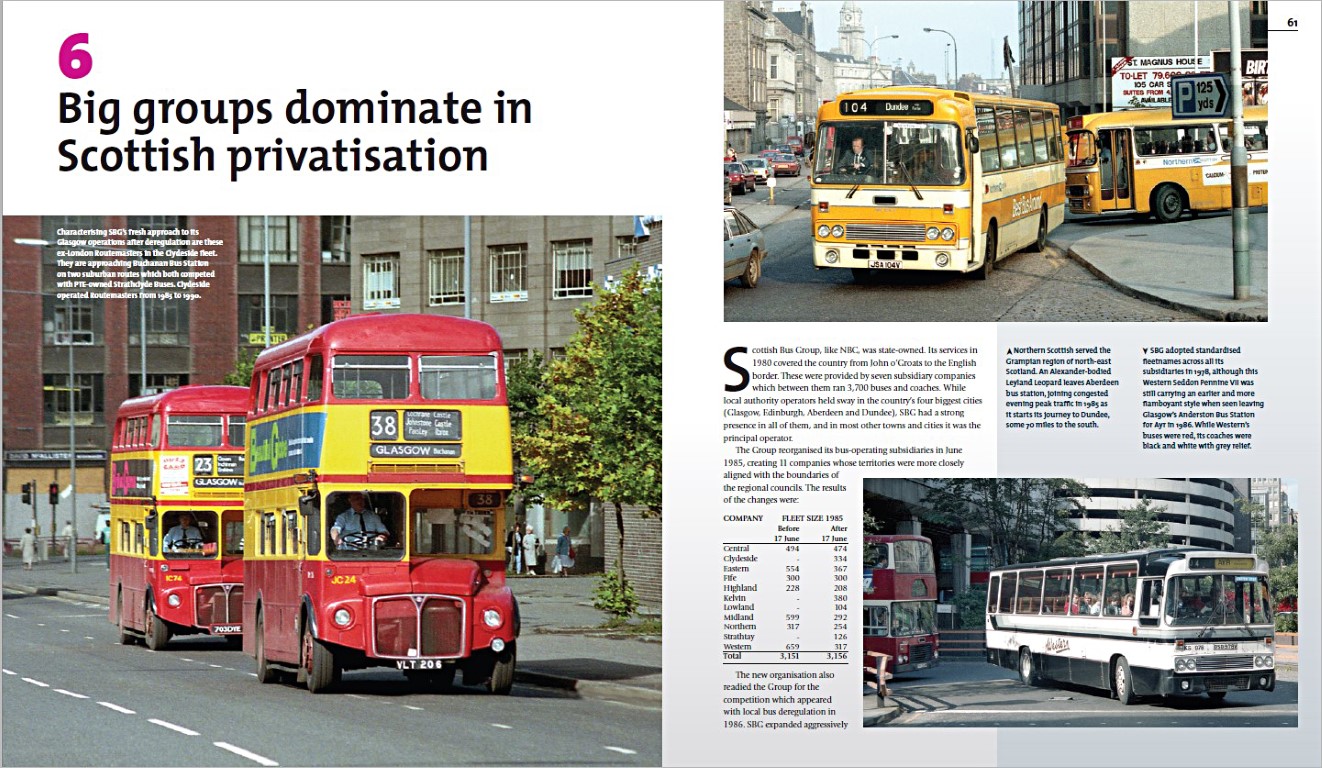 The Scottish Bus Group reorganised its bus operations in 1985 to cope better with deregulation. New liveries appeared, but most were short-lived as subsequent reorganisations followed by privatisation changed SBG beyond recognition. By 2000 most former SBG services were being run by First and Stagecoach. 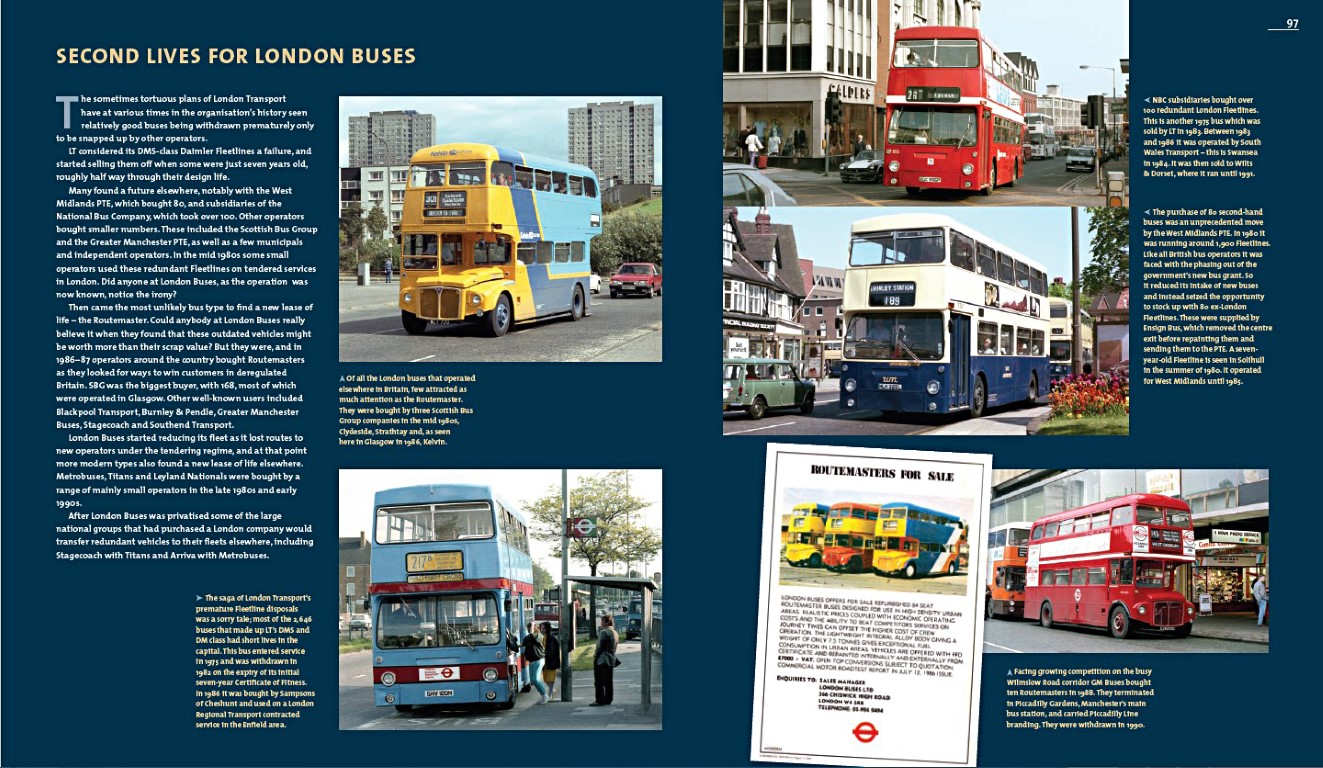 London Buses reduced its fleet by 1,500 vehicles in the 1980s and many of its redundant buses found further service elsewhere. Sections of the book consider this, along with how the effects of deregulation and privatisation sounded the death knell for many famous manufacturers including Leyland, Bristol, MCW and Duple. 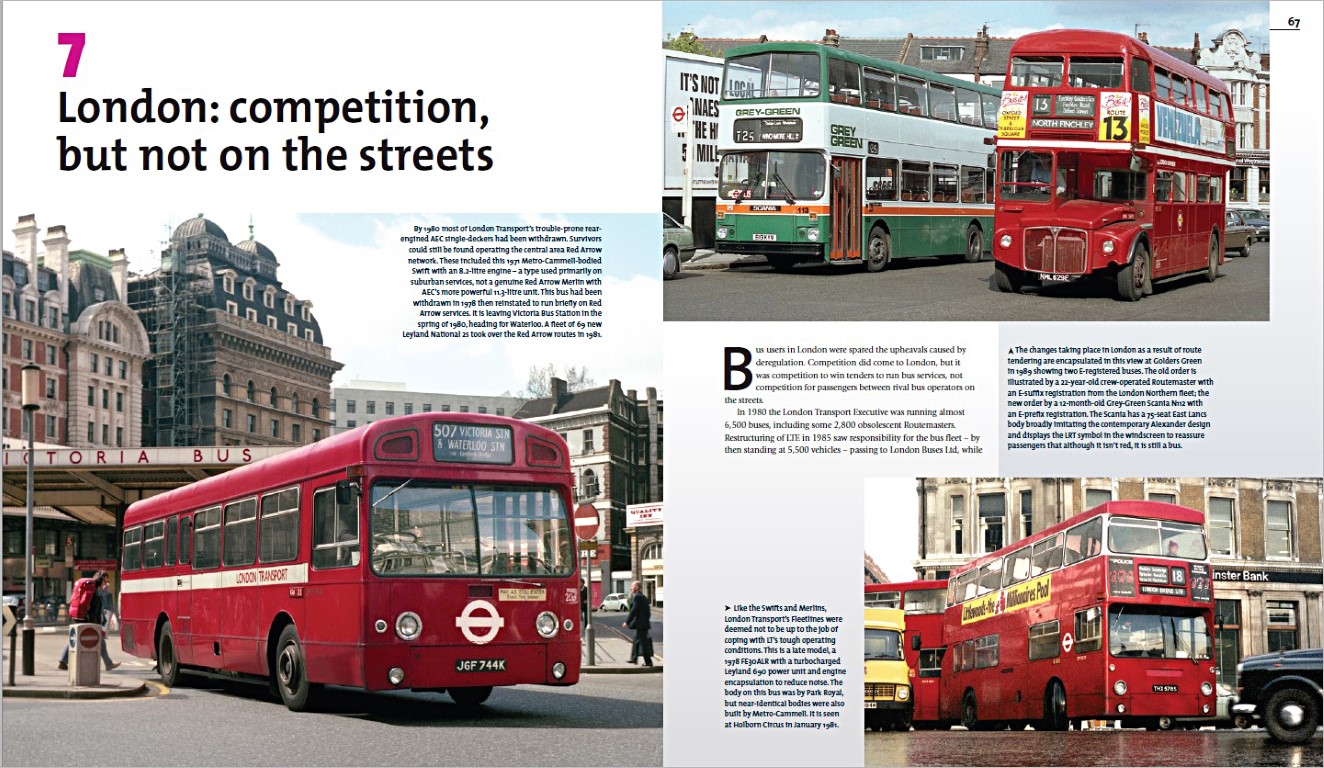 London escaped deregulation. Instead route tendering was introduced, bringing with it an era of multi-coloured buses owned by a wide range of operators. Out went the rigid standardisation of the London Transport era. In came new buses and minibuses from manufacturers such as Volvo, Scania, Mercedes-Benz and Renault.